Here are the cover and contents pages of my forthcoming book… 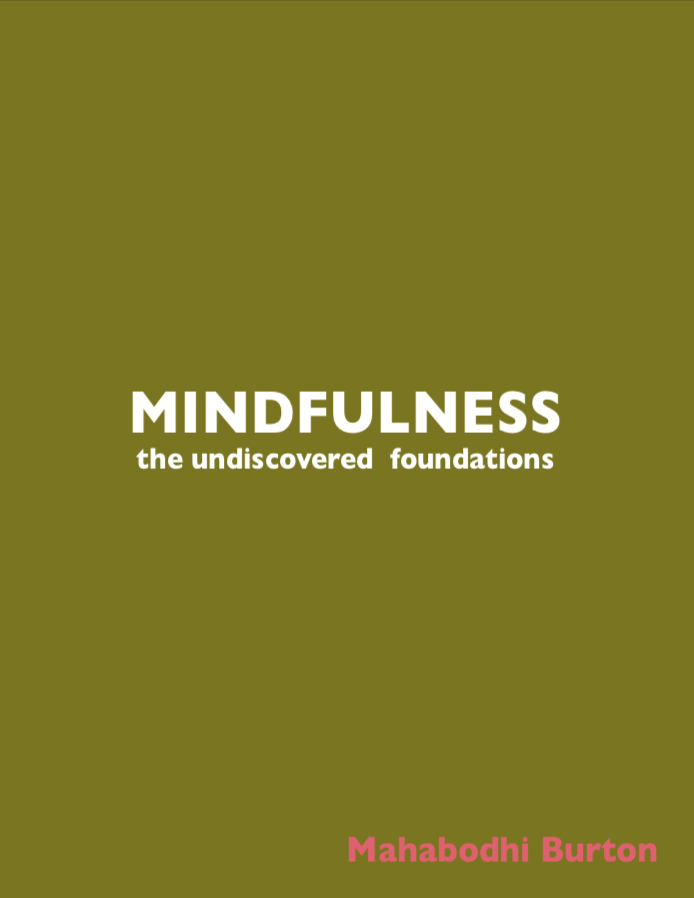 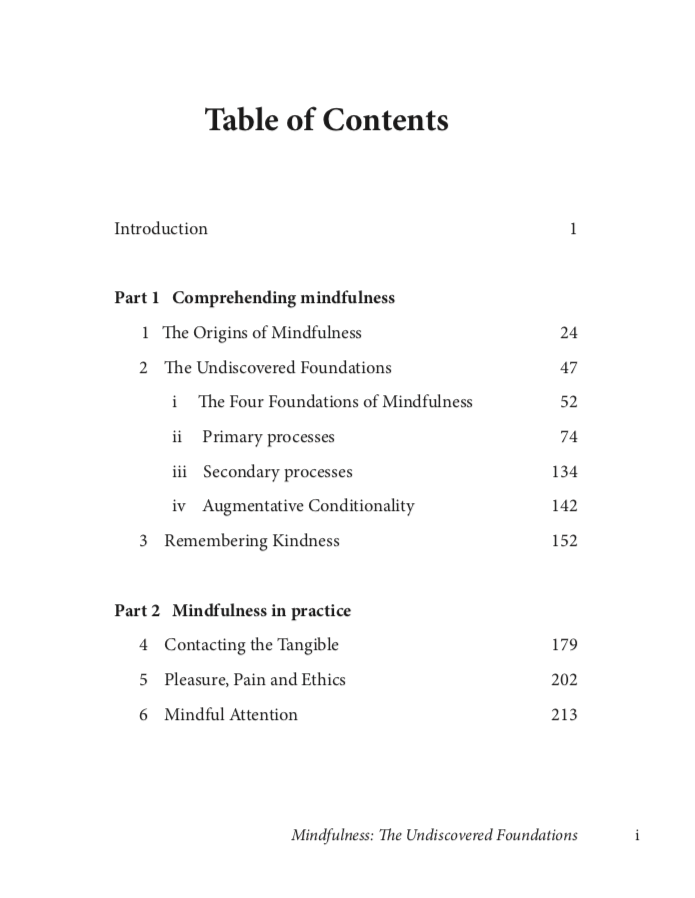 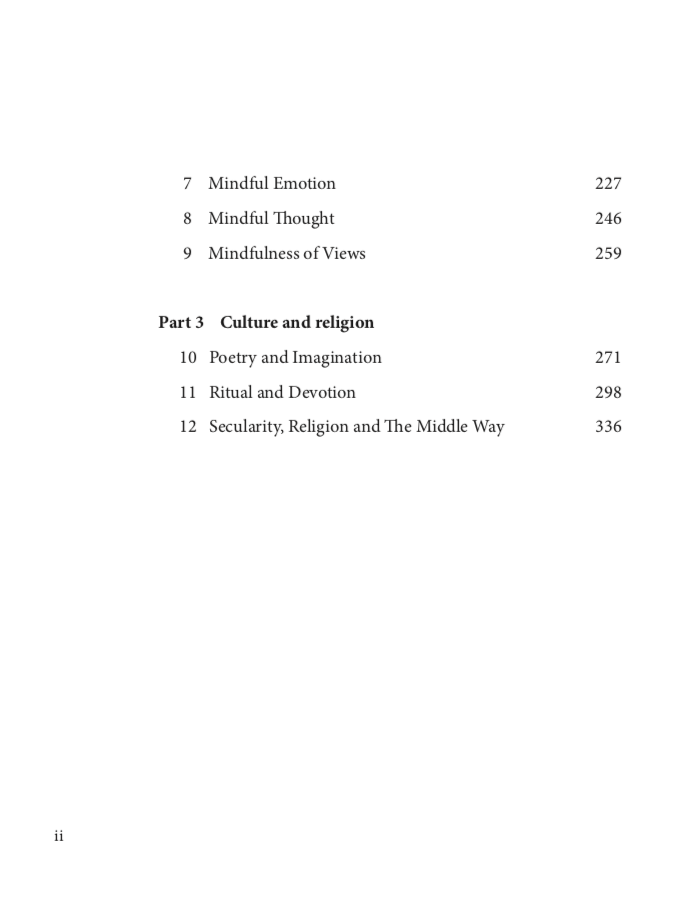 In reverse order here are some of my main insights and events that have happened since I began to write my book on ritual in 2003.

Published ‘Mindfulness, metta and the dhyanas‘

This short article explains how mindfulness and loving kindness connect with the dhyanas, a set of four states of higher consciousness accessed in meditation. Published in February 2014 issue of Triratna Buddhist Order journal, Shabda.

A slide show talk on a pilgrimage to India I was on in February 2013, and ‘Nirvana explained in ten minutes.’

Published ‘The doctrine of ‘non-self’ and the Buddha’s teachers’

This short article explains how the Buddha’s teachers taught him a form of Brahminical meditation which he then rejected. Published in February 2013 issue of Triratna Buddhist Order journal, Shabda.

Notes for ‘The Niramisa Sutra and the bliss of liberation’

This short article explains how we develop positive emotion through the transformation of sanna or apperception. Published in April 2011 issue of Triratna Buddhist Order journal, Shabda.

This short article explains the mechanics of imagination and ritual with emphasis on five pitfalls to avoid: literalism, philistinism, skepticism, superstition and delusion. Published in February 2011 issue of Triratna Buddhist Order journal, Shabda.

An analysis of evidence for Reginald Ray’s Threefold Model in the historical phases that the FWBO / TBC have gone through since 1973. Published in November 2010 issue of Triratna Buddhist Order journal, Shabda.

The path to awakening is expressed in the Jewel Ornament of Liberation as the ‘Five Paths.’  This article explores how they fit in with stream entry. Published in November 2010 issue of Triratna Buddhist Order journal, Shabda.

Help with rituals at Buddhafield festival

Studying Phenomenology
Trying to get a better understanding of phenomenology, in particular to understand the difference between Husserl and Heidegger.

Saw interviews from Mind and Life XVIII conference in Dharamsala on You Tube (Dialogues between Buddhist and scientists, and the Dalai Lama)

Decided to attempt own translation of the Satipatthana Sutta and published it in the in-house journal of Western Buddhist Order, Shabda.

‘Mindfulness and Beyond’ Conference
Attended a conference of 120 delegates in London, many of whom were associated with the Buddhist-oriented Core Process Psychotherapy.  Made a few contacts.

Published an article on ‘Zen and Views’ covering the topics of views, Zen, Eternalism, and Daoism in the context of an Order discussion in Shabda.

Developed new thinking on the Buddhist teaching of ‘Wisdom and Skilful Means.’

On a solitary retreat I came up with an insight into the issues that apply when Buddhist ideas are taken into secular contexts.

I developed my thinking around ‘mental objects’. I turned my attention to trying to clarify the fourth foundation of mindfulness.

Attended 6th International Congress of Cognitive Psychotherapy in Rome and gave a poster presentation on my work entitled ‘Can Mindfulness Be Contained Within a Behaviourist Framework?’ outlining the ‘Satipatthana Model.’

Gave out 100 copies of a paper of the same name to delegates.

Developed my thinking on the third satipatthana (’emotional and mental states’) and published an article entitled ‘What is the Third Satipatthana? in Western Buddhist Order journal, Shabda

Exploring the idea of publishing the ‘Satipatthana Model’ in a psychology journal, I wrote to Mark Williams, Zindel Segal, Saki Santorelli and Stephen Hayes for advice.

Had a period of assimilation, studying psychology journals and trying to digest what has been happening in terms of mindfulness and the field of psychology – the ‘Third Wave.’

Presented the ‘Satipatthana Model’ to an audience of buddhist peers
Delivered a talk called ‘Consciousness and the Embodied Mind’ to around 100 members of Western Buddhist Order at Padmaloka Retreat Centre in Norfolk in the UK.

Discovered that there had been a dialogue between Cognitive Behavioural Therapy and Buddhism already, in the ‘Meeting of the Minds’ that took place between Aaron Beck – the founder of CBT – and the Dalai Lama at the 5th International Congress of Cognitive Psychotherapy held in Gothenburg in Sweden in 2005.

Realised that I had created a Buddhist model based on the same structure as the Cognitive Model of CBT, but it used the Four Foundations of Mindfulness, so I called it the ‘Satipatthana Model.’

Dialogue with Christine Padesky, co-author of  the main Cognitive Behavioural Therapy workbook ‘Mind Over Mood’
on the origin of the Cognitive Model used in CBT.

Dialogue with  Dr. Margaret Cohn of Cambridge University (currently working on a new version of the Pali-English Dictionary) on meaning of phrases in Satipatthana Sutta (e.g. clarification of ‘kaye kayanupassi’.)

Delivered Talk on Imagination at Buddhist Retreat Centre
Delivered a talk called ‘Mindfulness of Reality Through Play and Poetry’ to 100 members of the Western Buddhist Order, at Padmaloka Retreat Centre, Norfolk UK.

Developed book in the direction of mindfulness using the provisional title: ‘On Safe Ground’

Published an article on ‘Play’ in the in-house journal of the Western Buddhist Order, Shabda.